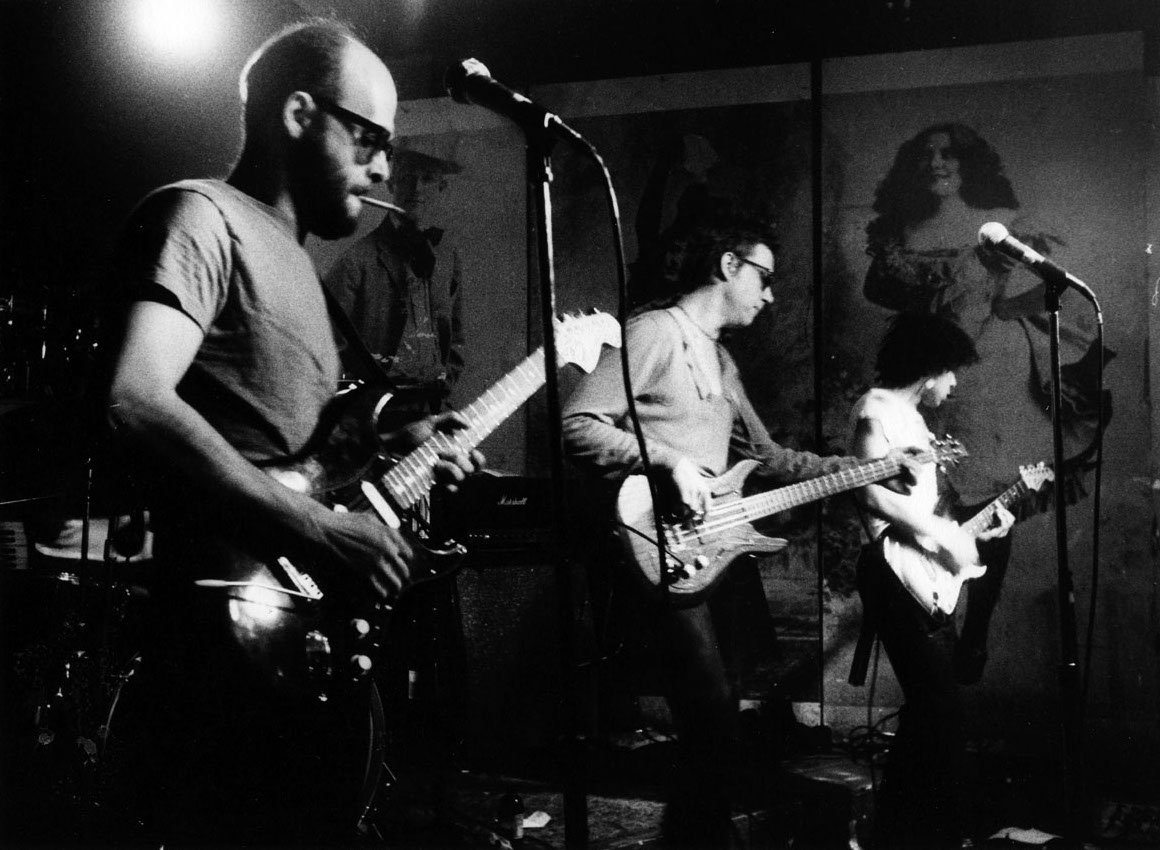 Punk’s Pindar sits apart, nursing his beer.
Under the neon Tuborg sign, a troupe
of girls in ratty jeans and mutilated hair

just sit. They do not smile. They glare.
Onstage, the singer Clark Kents into a rage
his adolescent fire still palpable

at 28. The drums keep clockwork time,
guitars play touch-and-go, the bass thump-thumps
its rhythm out the door down Bleecker St.

The bar is hopping: bikers, execs, gangly teens
with fake IDs straining to catch a glimpse
of the je ne sais quoi that’s made downtown

excitable again. It’s a veritable who’s who
of denizens, tramps, vamps and Frankensteins.
Black eyeliner runs in rivulets down faces

besmirched with nihilistic coup d’etat
politics of the self, music so voluminal
it fills their empty spaces, empty minds.

Half the people in this room tonight
will crash before the ‘80s turn and disco
supplants this harried, brief euphoria

with coke-dust nebulae at Danceteria.
These moments will survive in seedy songs
and oral histories. Few will make it out

of this hole where even the bathroom sinks
have hepatitis, become household gods.
The vocalist claws fingers to his chest

and tears a hole the size of Lexington,
Kentucky. Track marks stud his forearms, spikes
his cranium. It was The 400 Blows

that gave him the idea‒that and Rimbaud.
He already regrets it. Seasons in hell
have kept him coming up for air, choking

on all that adoration. Fans like flies
pursue him through the East Village. He’s not
a Beatle, he explains, but a poet

his notebook is rock-and-roll. Imitate
and be imitated ‒ Artaud wrote ‒ as you become
the caricature you yourself once laughed at.

The songs are cum-filled fantasies of death,
suicide, incest, otherworldly yet precise
in scope, executed as playful cabaret.

Verlaine’s ghost lurks inside his fevered brain.
His spleen snaps back as fingers find the chord
white noise suffusing all like prophecy.