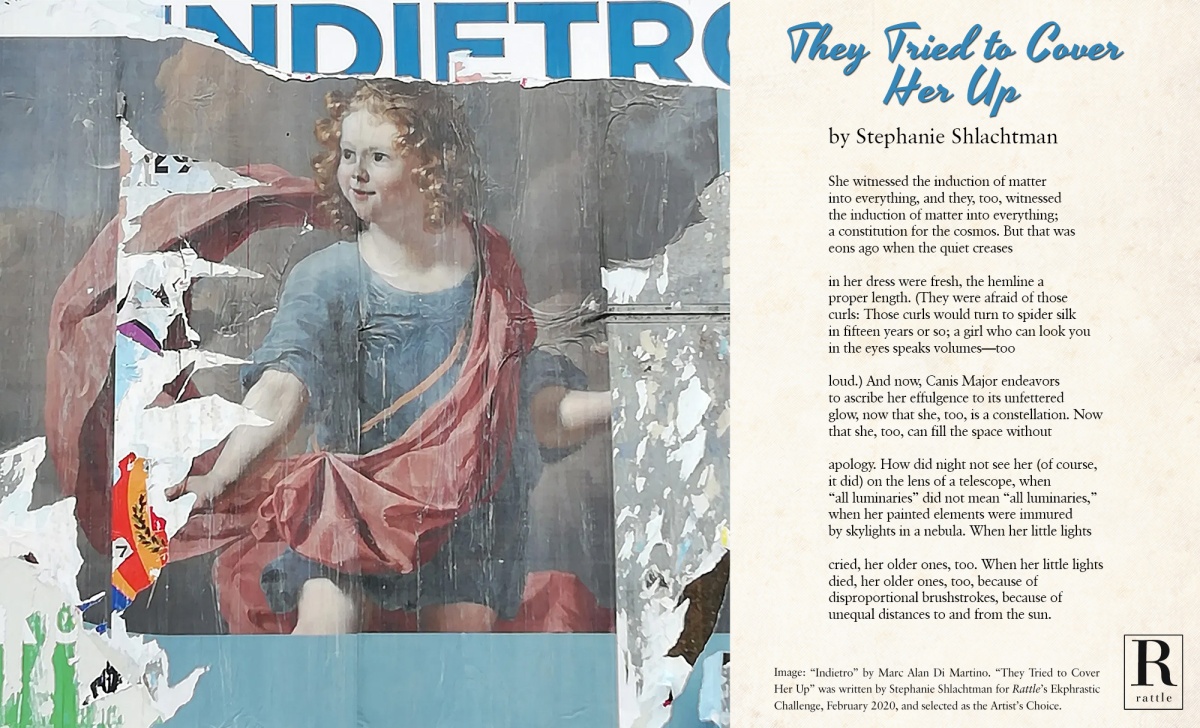 With so much going on, I completely forgot to post this back in March. My image, “Indietro”, was chosen for the Rattle Ekphrastic Challenge in February. Here it is accompanied by Stephanie Shlachtman’s poem “They Tried to Cover Her Up“, which was my pick as artist. The other winning poem, chosen by editor Tim Green, was Mary Ann Honecker’s “When Peeled Back“. Both poems are mind-bending responses to the image, which is a photograph of a billboard in Perugia I snapped outside my daughter’s school.

Of course, February seems like aeons ago. My daughter hasn’t been to her school since around the time the image was open for submissions. These poems come from what was perhaps the final phase of life before COVID-19 took control of us and altered the narrative. The billboard, like so much else from before the flood, is gone now. All that remains is the art it inspired.